In the Waking Up app, Sam Harris and others guide us through the theory and practice of meditation. It is available on iOS, Android and as a website. Is it an effective way to learn meditation? 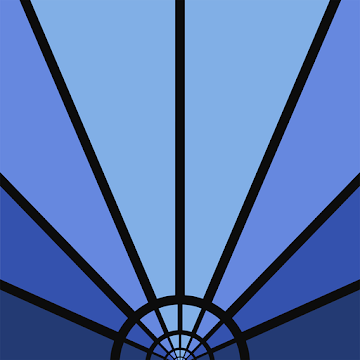 Developed by neuroscientist, philosopher and New York Times best-selling author Sam Harris, the Waking Up app is based upon Harris’ 2014 book of the same name. Unlike other meditation apps, which aim to reduce stress or help one to feel better in the moment, Waking Up adopts the slightly more ambitious approach of aspiring to help each user “make fundamental discoveries in the laboratory of [their] own mind”.  In this way, Waking Up differentiates itself from other apps through its arguably more intellectual approach to the concepts of mindfulness and meditation.

Sleek, uncluttered and intuitive, Waking Up is remarkably straightforward to navigate and divides itself into three main sections: theory, practice and a timer for unguided meditation.

Learning the the theory of meditation

Designed to inform and deepen one’s experience of meditation, the Theory section of Waking Up is arguably one of its greatest strengths. This section is subsequently separated into lessons: short talks on different aspects of meditation; conversations with spiritual teachers and authors such as Mingyur Rinpoche and Jack Kornfield, and questions and answers with Harris, who is occasionally joined by other guests.

I particularly enjoyed the lesson “Don’t Meditate Because It’s Good For You”. Here Harris encourages us to reconsider our reasons for meditating, suggesting that a practice motivated solely by its health benefits and stress-reducing impacts is perhaps misguided, and that there are deeper, far more fulfilling reasons to live an examined life. Similarly rich with thought-provoking insights is Harris’ conversation with David Treleaven on the relationship between mindfulness and trauma- though all exchanges within this section are highly worth listening to.

Upon opening the Practice section of the app, we are invited to participate in an introductory course, comprising twenty-eight short meditations designed for the complete beginner to undertake over the course of a month. Day One opens with five minutes of guided meditation, in which Harris encourages us to pay attention to the sensations of breathing, with sessions gradually increasing in length and complexity as the course progresses.

Unfortunately, this is where the weaknesses of the app begin to show, as Harris moves at a pace that would seem incongruent with the progress of someone completely new to meditation. By Day 14, for example, Harris requests that we “relax the concept of the body” and “examine the difference between attention and consciousness”, which feels entirely too advanced to be aimed at a beginner with less than three hours of cumulative meditation experience. Even as someone who began practising over three years ago, I often struggled to deeply touch the concepts that Harris was describing before he was already moving on, resulting in a slightly frustrating experience. In this way, I feel that the introductory course lacks the spaciousness for one to be able to organically experience new insights, which are instead perhaps pressed upon them.

Luckily, following the completion of the introductory course, we are able to access a vast range of diverse meditations. This includes a section on Metta (loving-kindness), which is thoughtful and effective in its guidance, as well as a short course on mindfulness for children- ideal for parents wishing to nurture this quality in the youngest members of their family. In addition, Waking Up also provides a daily meditation, as well as the opportunity to explore aspects of different traditions and schools of thought, such as Stoic philosophy and the concept of koans from the Japanese Zen tradition. Well-curated and ambitious in scope, it is clear that Harris has spent much time creating and compiling a range of meditations that are accessible to all, regardless of religion or belief, and that he has indeed been successful in achieving this goal.

In particular, I was moved by the “Contemplative Action” strand of this section, comprising a series of poems and reflections by poet and author David Whyte. In a soft, lilting voice with gravelled undertones, Whyte somehow manages to express feelings and concepts that often seem impossible to adequately articulate through words, such as becoming, belonging, love, mortality and endings. As someone processing loss in various forms, and with the strength of personal grief often seeming beyond the reach of language, I found myself to be profoundly, unexpectedly touched by Whyte’s poems, their vivid natural imagery, and the sense of wisdom and presence that they contain.

It is worth noting that the Practice section of Waking Up therefore does not consist entirely of conventional guided meditations, for in “Contemplative Action” there is no call to focus on the breath, but rather the simple encouragement to allow Whyte’s thoughts to gently replace one’s own. Similarly, in other parts of this section such as “The Stoic Path”, teachings and insights generally outweigh the provision of guided instruction, meaning that Waking Up may not be aligned to those seeking intensive meditation practice, but rather to those looking to explore different approaches.

The Waking Up Meditation Timer

The final section of the app is the Timer: ideal for unguided meditation once a regular practice has been established. Unlike other apps such as Insight Timer, the Waking Up app only offers a single choice of bell for which to mark the start and end of one’s meditation or its desired intervals; however, this simplicity may be welcomed by those who would find it distracting to be presented with a vast array of sounds. The user can select any number of minutes up to an allotted time of two hours in length, allowing them to set their own intentions and tailor their practice to work within the boundaries of everyday life.

How much does a Waking Up subscription cost? Is it worth it?

At the start of the theory section of the app, Sam Harris expresses his intention for creating Waking Up: to build the resource he wished he had been able to access when he began practising meditation. This sense of integrity, and Harris’ genuine desire to help others, is very much reflected in the app’s pricing options. Although Waking Up is more expensive than some meditation apps (priced at US$99.99 per year), Harris offers a free thirty-day trial, and potential users are also able to request a free one-year subscription if they are unable afford the cost.  Furthermore, Harris also offers a full refund to anyone who subscribes to Waking Up but does not find it to be valuable, meaning that a subscription poses little risk for financial dissatisfaction and is fully accessible to everyone, regardless of current economic circumstance.

Waking Up can also be used free of charge without a subscription; however, the extremely limited nature of accessible content means that this is not a particularly viable option. If a user chooses not to subscribe, for example, they will only be able to access the first five days of the introductory course and less than a quarter of the lessons in the theory section, leading to a fragmented and ultimately dissatisfactory experience.

It is clear that the Waking Up app has very much been a labour of love on the part of Sam Harris: well-curated, insightful and innovatively combining theory and practice, it is ideal for anyone looking to explore meditation from a secular, more intellectual standpoint, and who wishes to further their understanding of the mind and live a deeper, more examined life. Due to the complexity and somewhat advanced nature of the introductory course, I would be reticent in recommending the app to anyone who has never meditated; however, for those with prior meditation experience, I would do so fully.

About the author Ena Starmer-Jones