Meditation Time is a beautiful mindfulness app offering a simple meditation timer. Is it effective? How does it compare to other apps? 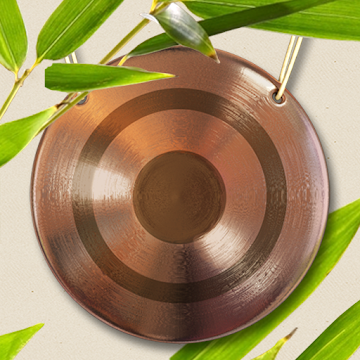 The most helpful tool for meditation is simple one: a timer. Guidance is also very important and helpful, but most people meditating regularly will eventually prefer to meditate without listening to guidance, at least some of the time.

Previously I had used another app offering a meditation timer, MindBell, but it is only available on Android, and I wanted something I could use on an iPad. InsightTimer is also a great option available on both iOS and Android, but all the additional functionality can be a distraction when all I want is a timer.

That’s when I discovered Meditation Time, available on iOS (since 2014) and an Android version was launched more recently in 2019. After downloading this free app, I didn’t have to register, and it never pestered me with notifications. It was simply what it claimed to be: a beautiful meditation timer.

The author apparently had aspirations to further develop the app to included a series of guided meditations too, but there is so far only one, an half hour introductory session. This is fine: it doesn’t need more content or features. This app is all about simplicity.

The timer has very few configuration options: a duration slider, and an interval gong slider. The minimum duration is 5 minutes, and it can be increase by intervals of 5 minutes, for a total of 10 minutes, 15 minutes, 20 minutes, and so on. This is somewhat limited: if you prefer an 8 minute meditation, it’s not possible with this app. But it’s also liberating: there are fewer decisions to make.

The Interval Gong can be set to any number of minutes. It’s useful for breaking up a longer meditation session, serving as a reminder to bring you back when you lose your concentration.

The limited number of configuration options may seem restrictive, but it can also be liberating. In a meditation session, you will reduce the number of thoughts in your mind. Minimising the number of decisions you make before you start the session should get your practice session off to a good start.

Hidden away in the app settings, there are a few options. You may change the bell sound: there are various Singing Bowls, a Chinese Bell, a Glass Bowl, a Suspended Gong, a Sun Gong, Tibetan Bowls, a Monochord, an Indian Flute, a Shakuhachi, and a Cymbal. Perhaps like me, you will suddenly realise there are a lot of instruments you do not know!

You can also set a background noise, if you prefer ambience to silence. Available options include: Birds in the forest, Rain in the forest, Sea breeze, Waves in the Santa Cruz, Cicadia River, and Japanese Flute.

The biggest criticism I have of the functionality in the app, is that the timer does not work with the screen turned off. This can be confusing if like me, you assumed it would work, and the end bell never comes! Instead, the screen will be dimmed during the meditation but you need to leave it on.

A second criticism is that the functionality of the app is not entirely the same on each platform. The features I described above were for the Android version. On iOS the features don’t change in any substantial way, but there are small differences. For example, on iOS it is possible to do a shorter meditation of 1, 2, or 3 minutes, but the choice of bell sounds is slightly smaller. Most people won’t notice these differences but if like me, you want to use the app on both an Android phone and an iPad, you might.

Meditation Time is a free app. It doesn’t try to sell to you anything. Nor does it show you ads. If you appreciate the app, you can donate on the developer’s website.

Meditation Time does what it’s supposed to do and is pleasant to use. However, it probably won’t be the only meditation app you’ll use, particularly if you need more guidance.