Focus is a new feature in the recently released iOS 15, designed to help you concentrate on your different daily activities, whether working, driving, exercising, or meditating. Over the past weeks, James has been trying it out to see how effectively it helps us focus. 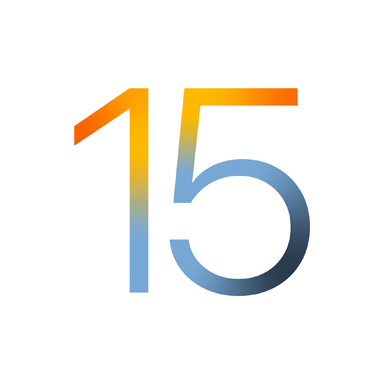 Released September 20th 2021, iOS 15 is the latest operating system for handheld Apple products including the iPhone and iPod Touch. (iPadOS 15 was also released in conjunction with the main OS, refreshing their entire mobile and tablet ecosystem.)

Much has been made of the new ‘Focus’ feature, which allows the user to set parameters for which notifications they would like to receive at any given time.

‘Focus’ is the latest in a series of initiatives from Apple to help users manage their usage of their iPhone or iPad. Previously, Apple introduced Do Not Disturb mode in iOS 6, and Screen Time in iOS 12. Now, in iOS 15, Do Not Disturb has been incorporated into the more extensive Focus feature.

At first glance, Focus seems fairly gimmicky, but I’m often guilty of picking up my phone when I should be working, or even relaxing with friends and family.

Would Focus mode really help me to be more present?

Anything that aims to improve concentration levels is always going to be helpful, so I’ve tested out the app for the past few weeks following its release for the purposes of this review.

Focus mode has a typical Apple app layout, in that it’s intuitive and well-designed. It only takes a few minutes to get acclimated, and there’s a range of features to choose from.

Focus mode can be found within the main Settings menu, or via the Search feature by swiping down when the phone is unlocked. You can also turn on Focus directly from the Control Center.

Along with Work, Driving, and Fitness, Mindfulness is also an option when starting out.

The long-standing Do Not Disturb mode is also available within Focus, which switches just about all notifications off.

There’s not much difference between any of the initial presets, aside from the amount of apps and notifications you’ll be able to receive at any given time. You can toggle with the settings to rectify this, ensuring each mode is relevant for your needs.

Other presets include the likes of ‘Fitness’ and ‘Sleep’, which are likely to be useful for many iPhone owners.

Overall, I was reasonably impressed with the layout of the app, but would the same be true after a couple of weeks of sustained use?

My phone is constantly distracting me throughout the day, and it sits on a charging stand in my office, facing me at all times. (That way I won’t miss any important notifications, but it’s really so that it’s always within arms reach.)

It’s easy to see how Focus can be useful in this regard. To begin, I went through the settings, allowing for a few basic work-related apps to send notifications while active.

You’ll also be able to block people from contacting you, whether it be directly or via various forms of social media or instant messaging.

As you may have guessed, I was typically more productive throughout the day while using Focus mode, especially in terms of reaching word counts and avoiding distractions. It reminded me of working at night, in that my phone remained silent for the most part, save for the odd email.

It still took a few days to stop the compulsion to pick the phone up, but it’s a lot easier if it isn’t going off every few minutes.

It supposedly takes an average of roughly two months for a new habit to form, and for the behaviour to become second nature. As such, the ability to automate tasks is helpful, as you’ll be able to set the app to turn on and off at set times.

There’s also a ‘Smart Activation’ feature, which will;

“Automatically turn [the Focus mode selected] on at relevant times throughout the day based on signals like your location, app usage, and more”.

In practice, it wasn’t particularly smart, and had a habit of switching to the Personal Focus whenever I got home and stepped through the door. This is probably handy for the average user, but I actually work from a home office so I had to keep turning it off and on manually, defeating the purpose of the ‘smart’ setting entirely.

Sharing your Focus mode status is an option, informing anyone who plans to message you that you have notifications silenced for the time being. I’ve yet to see one in the wild myself, but it’ll be displayed in Messages for your contacts to see. (So there’s no chance that they’ll think you’re being rude, which can happen if your phone is switched off.)

As well as the iPhone, Focus mode will work on other Apple devices. This includes the Apple Watch, as long as they share the same account ID.

It’s also compatible with some apps, although functionality is pretty limited given it was only released last month. For example, Slack now integrates with Focus mode, and a range of productivity apps plan to follow suit.

On October 25th 2021, one month after the release of iOS 15, Apple also released a major update for their Mac computers, macOS Monterey. Monterey (otherwise known as macOS 12) brings some of the features of iOS 15 to Mac, including Focus.

The Focus feature in macOS Monterey functions in the same way as the iOS version, and works across all the devices you are signed into. So when you set your Focus in macOS, it will also block notifications on your iPhone or iPad according to your preferences.

If you use Apple devices across the board, this makes Focus far more useful as you do not have to manage your status on each device separately.

Focus mode is a nifty feature if you own multiple Apple devices, comparable to premium mindfulness apps available on their platforms. One clear bonus is that it’s completely free of charge, which is fair considering the high asking price for anything in the iOS ecosystem.

The tech giant makes a big deal about simplicity and ease of use, and Focus mode ticks both boxes handily. It’s accessible with a single swipe, and you have the ability to ‘set and forget’.

On the other hand, it’s not the most expansive application, and it basically boils down to being able to configure various limitations on your mobile device.

Ideally, you’d just turn the phone off completely, and you wouldn’t have to worry about being spammed by notifications.

That’s not always possible in the modern world, so maybe Focus mode is a decent compromise in that respect.

The majority of calls, notifications, and messages we receive each day can be astounding, but it’s difficult to turn your phone off completely, just in case.

You’ll also benefit from Apple’s commitment to privacy, which is better than trusting a third-party app with your data, or giving them the ability to mess with your phone settings.

It’s not like the tech giant has your best interests at heart, but they have enacted recent changes that saw people give iOS apps permission to track their behaviour just 25% of the time’.

At the very least, we’d give it a try if you plan to upgrade to iOS 15 anyway.

Personally, I haven’t kept up with using Focus mode religiously since completing the review, as it’s not the revolutionary feature that it’s made out to be.

However, I do use it to allow for a bit of downtime while gaming, ensuring that my phone will only alert me if and when somebody important attempts to get in contact. It’s also helpful when working, especially if you can’t bring yourself to turn devices off completely. I’ll probably keep using it sparingly in the long-term.

About the author James Milin-Ashmore

James is a freelance writer based in the UK, who specialises in sports and technology. He has a particular interest in tech for good and online security, and in his spare time he enjoys video games and card collecting.