Commercial apps are often built using persuasive technology to increase engagement time and convert users to paying customers. Meditation and mindfulness apps are no exception, but it is ethical (and effective) for these apps to use persuasive tech?

Calm, Headspace, Fabulous, Rootd, Liberate and many more. The list of meditation and mindfulness apps is constantly growing, which makes sense as usage surged throughout the pandemic.

Take Calm, who saw an extra 911,000 downloads in April 2020, which was an increase of almost 31% compared to January of that year. Heading out of the pandemic, growth dipped, but meditation apps are still benefiting from more users over pre-pandemic numbers.

Should meditation apps use persuasive technology? There’s an ethical dilemma contained within, especially when the pursuit of profit is a clear incentive to keep users engaged, no matter if it actually works as they say.

Do the ends justify the means, and is there a danger if they’re used to replace traditional attempts to produce mindfulness?

Editor’s note: this is a complex question and we do not claim to have a definitive answer. The author’s views in this article represent one perspective and we publish them as a conversation starter. We encourage you to share your own views in the comments at the bottom.

What is ‘persuasive technology’? The Center for Humane Technology has produced a primer, in which they highlight some of the ways designers, psychologists, and other behavioural science experts have worked to increase the time in which a user is engaged with a specific app or service.

As the CDT explains;

Technology companies consider factors like motivation, ability, and triggers when they are designing their apps, with the goal of persuading you to spend more time clicking and scrolling. A motivation can be our desire for social connection. A user must have the ability to easily do what the app wants you to. Triggers are the prompting features, like notifications, that keep you coming back.

Does that sound at all similar to the techniques used by mindfulness platforms?

A subtle example can be found on the Calm payment page, as seen below. Take the ‘Limited Time Offer’ label, even though they’ve consistently offered a seven-day trial. There’s the gold used for the tab on the left, making it more attractive to look at.

Or the fact that a Lifetime deal is priced at almost 10 times the amount of a yearly sub, making it seem like a better deal than it is.

Personally, the idea of paying £300 to access a mindfulness app doesn’t make much sense.

Why would they ever need to charge such an obscene amount, especially for what amounts to a few breathing techniques and access to ‘celebrity’ voices?

For example, how much did they pay Harry Styles to read bedtime stories for users, and what is that likely to achieve in the long run, aside from making the app makers and ‘influencers’ richer?

The lines between entertainment and mindfulness continue to blur, as do the developers’ willingness to use persuasive technologies to capitalise on their current mainstream appeal.

Does it Matter if Mindfulness is Achieved?

Does it really matter if apps use persuasive technologies to get the user to engage in the first place? In other words, do the ends justify the means, even if paying for an unnecessary service makes no sense?

Research suggests that “Push-notifications have the potential to reinforce positive behaviours when applied in an intelligent manner.”

As the CDT explains, it’s often used as a trigger to get the user to engage with an app or service, using a red numbered dot to grab attention. (This was popularised with Mac OS X, the first version of which was released over 20 years ago.)

Meanwhile, a 2018 study found a 14 to 28 percent reduction in stress after 10 days of using Headspace, while an earlier study showed the app improved focus by 27 percent.

As for Calm, a 2019 study focusing on stress among college students concluded;

Although direct comparisons are not possible, it appears that the degree of improvement in response to a smartphone-based mindfulness app may be similar to programs that require in-person attendance with even greater opportunity for convenient compliance and continued use.

Having looked at the data for the Calm study, it’s worth noting that there were only 88 subjects altogether, while they self-reported findings, which could lead to social desirability or response bias.

In other words, I wouldn’t be so quick to assume that any user will be able to replicate a similar degree of improvement, especially in place of ‘programs that require in-person attendance’.

It’s a slight tangent, but I’m reminded of ‘Dr Kawashima’s Brain Training’, which was an insanely popular video game from the mid 2000s.

The games were designed by scientists from the Medical Research Council and the Alzheimer’s Society, and while Nintendo said their Dr Kawashima brain training games ‘did not claim to be scientifically proven to improve cognitive function’, it was heavily implied via the use of advertising.

Dr Adrian Owen, a neuroscientist at the Medical Research Council, made a statement after a study that followed 11,430 players over six weeks.

Statistically, there are no significant differences between the improvements seen in participants who played our brain training games, and those who just went on the internet for the same length of time.

In other words, would users of meditation apps be better off practising yoga or other forms of mindfulness instead paying for a service outright?

The Monetisation of McMindfulness

The concept of ‘McMindfulness’ is nothing new, as capitalism manages to get it’s claws into yet another practice as it moves from the fringes into the mainstream.

(Take the sheer number of users who signed up to apps and services during lockdown as an example.)

Consider Headspace, which is one of the pricier apps whether you’re looking at their automatically renewing annual plan, or the monthly subscription which is notably more expensive in comparison. 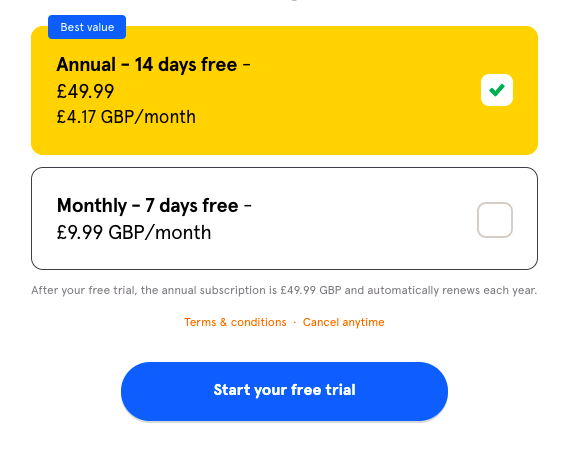 Our Headspace review concluded that; “they are clearly investing in the app, but it feels somewhat unnecessary – however much they enhance the app, at its core it’s still just a collection of guided audio meditations.”

The monetisation of mindfulness isn’t a good development, while persuasive technology helps to snare users for longer periods, whether or not they are directly benefiting from the service.

Should Meditation Apps Use Persuasive Technology?

The concept of using technological tricks to improve a user’s ability to meditate isn’t necessarily a bad thing. After all, some progress is better than none at all, even if it comes at a financial cost that could be avoided through other means.

In practice, persuasive technology can be used to improve mindfulness, even if the end goal is actually to extract more attention (and money) from the user.

Ethical principles of persuasive technology design should factor in for ‘The Golden Rule of Persuasion’, which states;

The creators of a persuasive technology should never seek to persuade a person or persons of something they themselves would not consent to be persuaded to do.

That’s one clear dilemma, while another would be the legitimacy of their claims to be able to provide meaningful benefits in place of traditional methods. There’s also the fact that Headspace is starting to creep into offices, touting that their app is ‘scientifically proven to cut stress’.

My assumption is that this claim relates to one of the studies mentioned above, which had a final sample size of 69 people who hadn’t practised any form of meditation for 6 months prior to the commencement.

Should meditation apps use persuasive technology? Arguably no, even if they do achieve decent results when all is said and done. You can find a number of free alternatives such as Plum Village by checking out our definitive mobile meditation app directory.

About the author James Milin-Ashmore

James is a freelance writer based in the UK, who specialises in sports and technology. He has a particular interest in tech for good and online security, and in his spare time he enjoys video games and card collecting.