Ten Percent Happier offers guided meditation courses from a variety of teachers. Is it an effective way to build a meditation habit? Is it worth the subscription cost? 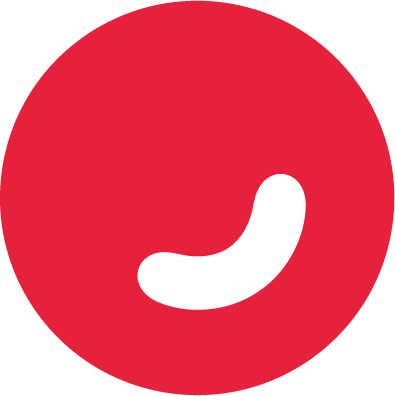 Many people tune out when they hear about meditation or mindfulness. That’s for hippies, isn’t it? Normal people have responsibilities – work, school, family. Sitting under a tree in the forest just isn’t practical!

Others might have tried meditation once or twice. “I can’t meditate” they may say. Now they are fed up of always hearing about meditation and how it will transform their lives. It is dismissed as something which doesn’t work for them.

Ten Percent Happier was created as a meditation app for skeptics, as an offshoot of the book 10% Happier by news anchor Dan Harris, who turned to meditation after having a panic attack on live TV. The name Ten Percent Happier comes from the idea that meditation doesn’t have to completely transform your life in order to be helpful. If you’re sitting on a cushion waiting to be enlightened you’ll be disappointed. But if you can find some smaller benefits much sooner, it’s a habit worth forming. Meditation can help you become 10% happier, 10% kinder, 10% more relaxed, etc. The 10% figure is nothing scientific, but represents the idea of a small but notable improvement.

In preparation for this review, I used Ten Percent Happier over a one year period. It wasn’t the only app that I used, and I didn’t use it daily, but I’ve logged well over 100 meditation sessions and more than 20 hours with the app.

Ten Percent Happier is a paid meditation app, similar to Headspace, but with a different approach. Whereas in Headspace you have one ex-monk (Andy Puddicombe) as teacher for all the meditations, Ten Percent Happier brings you a number of experienced teachers with varied approaches. These include two pioneers of meditation in the West: Joseph Goldstein and Sharon Salzburg, as well as many other teachers.

Most of the content is organised into courses, with each course focusing on a particular topic and led by a single teacher. Each episode features a short video, followed by a guided (audio-only) meditation. The videos typically follow an interview format, with Dan Harris playing the role of both interviewer and meditation novice, whilst the teachers share their expertise and tips. These videos help to build up an understanding of what meditation is and how it works, so that you can convince your inner skeptic that it’s worth continuing with! But the video content is kept brief – if you are going to become 10% happier, the meditation practice that follows is essential.

There are additional features other than the courses. Firstly, Singles – single guided meditations that you can use anytime. These are organised into topics, and are offered in various lengths depending on how much time you have available.

Next, Sleep offers meditations to help you wind down for sleep – not something I have personally made use of, but this seems to be a standard feature now in paid meditation apps. Recently, a new tab Talks has been added, offering audio talks you can listen to when you’re not able to sit down and meditate. A final feature is the ability to ask a question to be answered by a meditation coach – this feature didn’t really appeal to me so I haven’t used it, but perhaps some will appreciate the interaction.

The variety and quality of the content is the most appealing thing about Ten Percent Happier. Joseph Goldstein leads some of the main featured courses, and his experience as a practitioner and teacher of meditation is clear. A highlight for me was the “Performance” course, in which George Mumford describes how he coached sports stars in meditation practice to help them get the most from their performances. There are courses to dive deeper into the science of meditation, or into emotions, or personal relationships.

Some of the content doesn’t really fit the format of the app. It’s clear that one of courses has been re-used from TV program created by Dan Harris. At its worst, it can start to feel like the Netflix of meditation, where you begin to consume meditation-related content in place of TV shows. But overall, the content is well designed and helps you to establish a meditation practice.

The Ten Percent Happier app itself does not feel as polished as some other meditation apps – and I occasionally experienced problems streaming video or minor bugs with the layout when rotating the screen. It is still receiving regular updates though, so should improve with time, and when I used it most recently I didn’t notice any bugs. Ten Percent Happier has an Apple Watch companion app available, and it works on iPad too although it’s just the scaled up iPhone app rather than a dedicated iPhone layout.

Ten percent is a yearly subscription of $99.99 / €109.99 on Google Play for Android and the App Store for iPhone. In the UK, I found a discrepancy between Android (£91.99) and iOS (£97.99) pricing. I suspect this to be an unfortunate side effect of the App Store pricing bands, rather than a deliberate attempt to charge more to Apple’s users. But depending on your location, if you have both Android and iOS devices, you may find it cheaper to subscribe on Android (the subscription will work across platforms if you use a cross-platform sign-in method like email).

There is also no monthly subscription option – after a 7 day trial, you must subscribe on a yearly basis or not at all. If you’ll be using Ten Percent Happier to establish a regular meditation habit, a commitment of 1 year probably makes sense, however it could be frustrating if you want to use it for a shorter period for whatever reason.

Is Ten Percent Happier worth the money?

As with most paid meditation apps, Ten Percent Happier comes across as expensive compared to a similarly priced Netflix subscription. But compared to going on a retreat with some of the well-established teachers featured in the app, it’s value for money.

For those unwilling to pay for a subscription, you can find similar content to the Ten Percent Happier app online without paying, for example many meditations and talks from Joseph Goldstein are available at Dharma Seed – they make talks available for free (although a donation towards the running of the service will be appreciated). For many however, the curation of courses in Ten Percent Happier will make the subscription worth it for those who want to easily integrate guided meditations into their daily routine.

If you can afford the one year subscription, Ten Percent Happier is a great way to get started with meditation. I appreciated Ten percent even though I’m not a meditation skeptic or beginner. The different teachers brought new perspectives, which I appreciated and I felt added to my practice.

I considered renewing my subscription – but there’s too many other meditation apps out there that I want to review! Check out our directory of the best meditation apps to discover some of the alternatives.